A Blue Peter badge for Kiera

We are so proud to let everyone know that Kiera has been awarded a special Blue Peter badge by the programme shown on CBBC.  These are only given to people who do something really special.  Kiera certainly did just that when she decided to write a touching poem during the first lockdown when we were commemorating VE day (Victory in Europe).  Her poem entitled 'The Blitz' told us about her feelings about the Second World War, in particular between 7th September 1940 and 11th May 1941 during a period of the war known as 'The Blitz'.

Read it for yourselves and let Kiera know what you think. 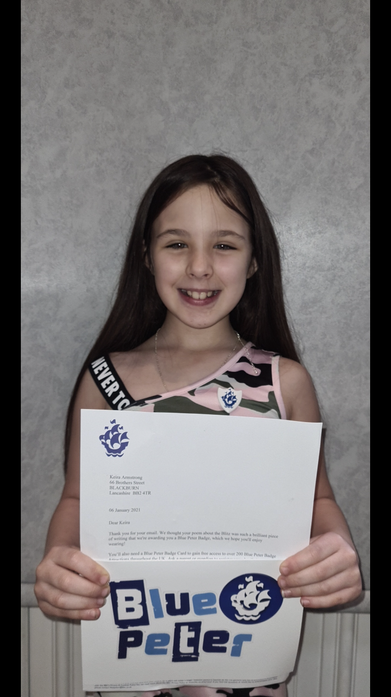 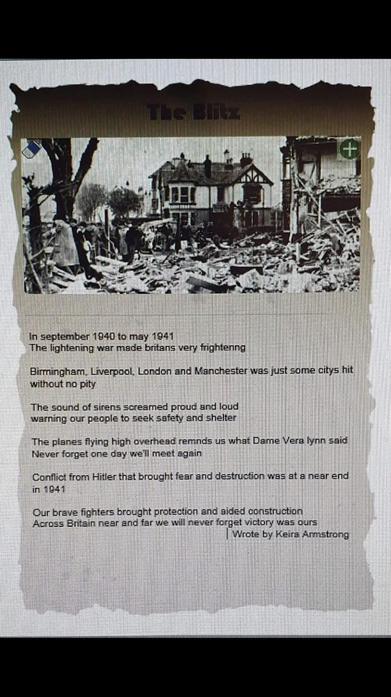